Menu
California Isn’t Full, We Could Provide Housing For Everyone 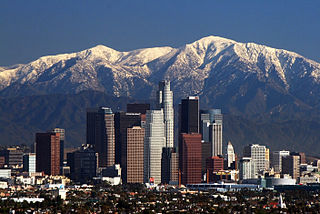 California has long led the world in innovation, from Silicon Valley to Hollywood. For the last decade, it has also conducted a series of grand, and largely successful, policy experiments ranging from regulating greenhouse gas emissions to providing sanctuary for undocumented immigrants.

When it comes to solving the housing affordability crisis, however, California seems at a loss. Despite enacting dozens of well-intentioned housing bills, and discussing hundreds more, the state Legislature has yet to identify and take the bold actions necessary to ensure housing affordability for all Californians. Housing policy seems to be the ultimate exercise in rocket science or brain surgery.

This failure is due to the inability to acknowledge and attack the roots of the housing crisis, most importantly, the many ways California communities have sought to resist change in the name of protecting their residents.

These efforts extend from early attempts to exclude certain residents and businesses through zoning, to extensive downzoning in cities like San Francisco and Los Angeles in the 1970s and 1980s, to a complex array of housing regulations and fees that slow or prevent development, to well-meant attempts to democratize development approval processes by mandating public hearings.

Ours and others’ research has shown that these practices tend not only to make development prohibitively costly, but also to exacerbate inequalities within a region. Exclusion by affluent communities creates challenges for low-income and middle-class families in accessing resources such as high-quality schools and parks, as well as opportunities for upward mobility.
Ironically, policies such as downzoning and public hearings, initially meant to protect existing residents and exclude outsiders, are now also making it impossible for residents to stay in their own communities.

A new bill sponsored by state Sen. Nancy Skinner, D-Berkeley, offers a bold new vision to address these root causes. SB 330 would take away the many tools used by the state’s affluent communities to exclude newcomers. Cities that try to reduce the densities currently allowed by their own zoning would find their actions blocked. SB 330 would prohibit them from making development more expensive, whether through requirements for parking or design, or through new fees. It would also ensure that cities approve development proposals in a timely manner, capping public hearings at three.

And the bill also takes bold action to produce and preserve affordable housing. It suspends fees on affordable-housing developments and bans demolition of affordable housing unless the new development maintains or increases current densities, and the developer provides relocation benefits and right of first refusal for tenants, ensuring they can stay.

Aptly titled the Housing Crisis Act of 2019, SB 330 would enact these gutsy measures temporarily, to expire in 2030. We are not optimistic that will be enough time. Upending entrenched habits of exclusion will take more than a decade. Still, we applaud Senator (and rocket scientist) Skinner for her move to transform California towards more equitable development.