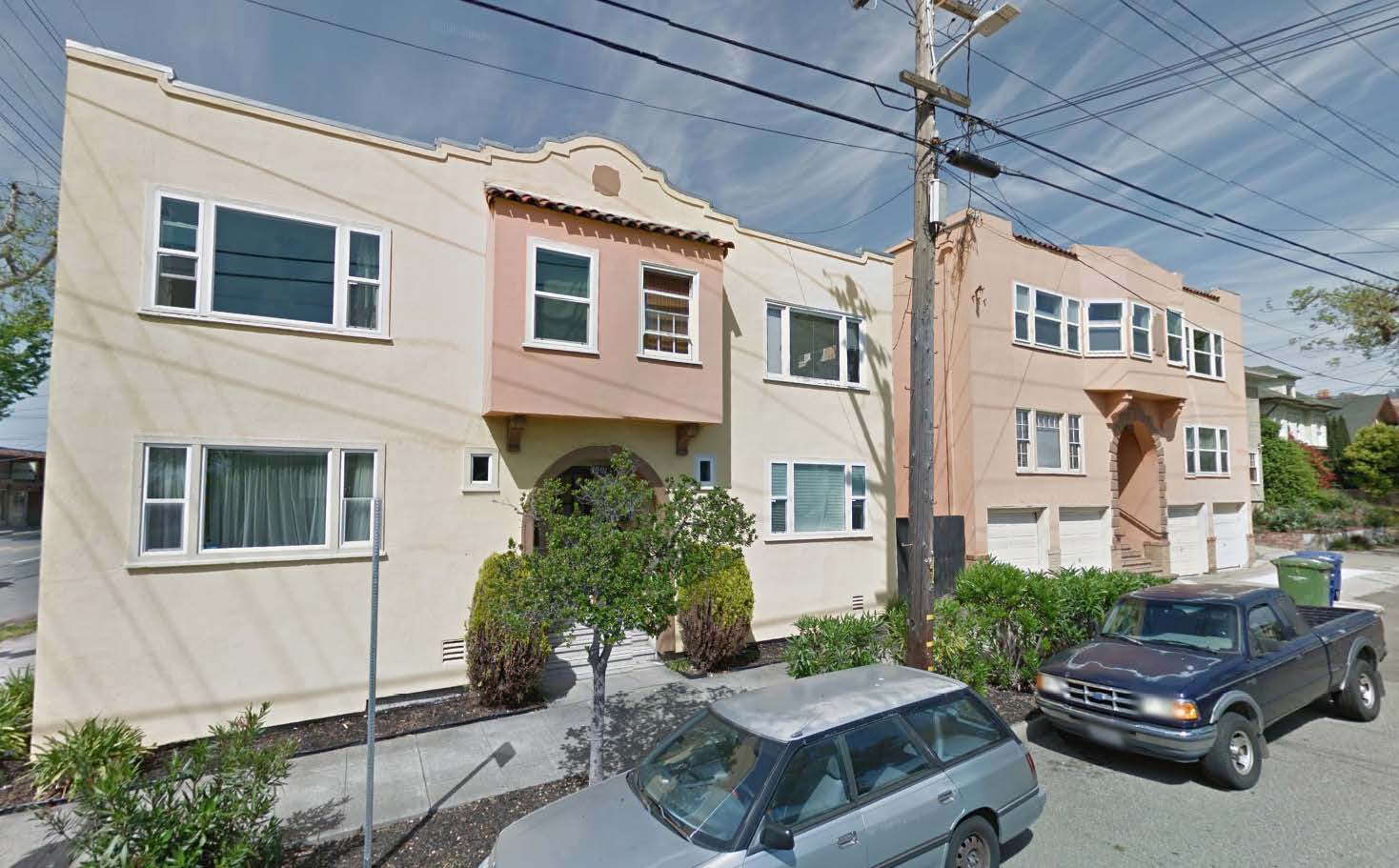 We are not building enough of the the so-called Missing Middle in housing types, like these fourplexes in Berkeley.

A consensus is emerging that we have to do everything in our power to slow the course of global warming. The list of tools includes long-term measures such as greater energy efficiencies in buildings, industry, appliances; carbon cap-and-trade systems and taxes; new standards for fuel economy and the reduction of CO2 emissions from new passenger cars; reduction of emissions from landfills and manufacturers; and use of renewable energy technologies such as wind, solar power and bio-fuels. It also means mitigations and adaptations in the short-term, such as reduction in deforestation, zoning for more compact development, congestion and parking pricing, and a new structure for disaster insurance rates.

This debate is not limited to developers vs. advocates. There are philosophical disagreements between market-rate and nonprofit developers about whether the benefits of luxury housing trickle down to the needy, or whether we should simply build more affordable units.

There are also battles between those that build big buildings and those that build small. (I remember when I first started making the case for accessory dwelling units, several affordable housing developers gently asked me to stop, since it was distracting from what they saw as more effective production mechanisms).

And within the advocacy camp, some push for tenants’ rights, while others spend their energy on the preservation of affordable buildings.

What’s clear here is that no single standpoint is going to solve the problem; we need a multi-dimensional approach. Researchers, policy-makers, and advocates working to address climate change can provide valuable lessons. They have their own battles, but few would disagree that we need to employ multiple strategies simultaneously if we are to win, or even make progress.  First and foremost, we need to broaden our approach to housing to address both production and policy.

For almost a hundred years, developers — first in the cities, then in the suburbs — have mass-produced housing subdivisions. There was institutional support for this homogenization of the urban landscape in the form of subdivision zoning and the federal home mortgage interest deduction.

Yet the proponents of subdivisions (including the building industry) failed to recognize the diversity of the population and their preferences. The new suburbia catered to nuclear families with a head of household commuting to the city.

At least in California, the more recent push for compact development has disrupted this homogeneity. Increasingly, mid-rise buildings –typically of 4-6 stories, sometimes more– are getting built. Making this shift required not just a significant push by smart growth advocates, but also support from financial institutions, which had to overcome their initial reluctance to lend for this building type.

But this is still not enough diversity of housing to meet the diversity of needs and preferences in the housing market. We are neglecting opportunities to build triplexes, fourplexes, and multiplexes – the so-called Missing Middle in housing types. And for single-person households and seniors, we need to take a serious look at micro-units and backyard cottages. To support this kind of diversity will require a hard look at barriers presented by institutional structures, particularly planning, zoning, and finance policy. And where land costs are too high to build out the middle, we will need to create incentives.

Even more varied is the menu of policy and planning actions we can take to preserve and produce housing. We need to act quickly to leverage the legal channels that can support tenants staying in place. We must enact a number of different measures, from affordable housing impact fees to landlord taxes, to build up our housing trust funds. And we need to ensure that our plans provide for sufficient density and diversity of housing, reduce onerous requirements, and capture value where we are creating it through public investment. It is not easy to act simultaneously in both short- and long-term frameworks, each with their own set of actors and institutional constraints. And there are undeniable tradeoffs and opportunity costs associated with this work that need to be understood. But as we have seen with climate change advocacy, possibilities for real progress exist.

This will require leadership from all levels of government, including and especially, our cities. San Francisco, Oakland, San Jose, Berkeley, and others should send a clear signal that they understand the need for a more comprehensive approach. While the debate can get tangled in nuance, we all – from tenants’ rights advocates to the building industry — share a broad interest in alleviating the pressure on the housing market by supporting production, while proactively stabilizing communities to prevent any displacement that may occur. Whether the crisis is climate change or housing, we need to use all the tools we have.