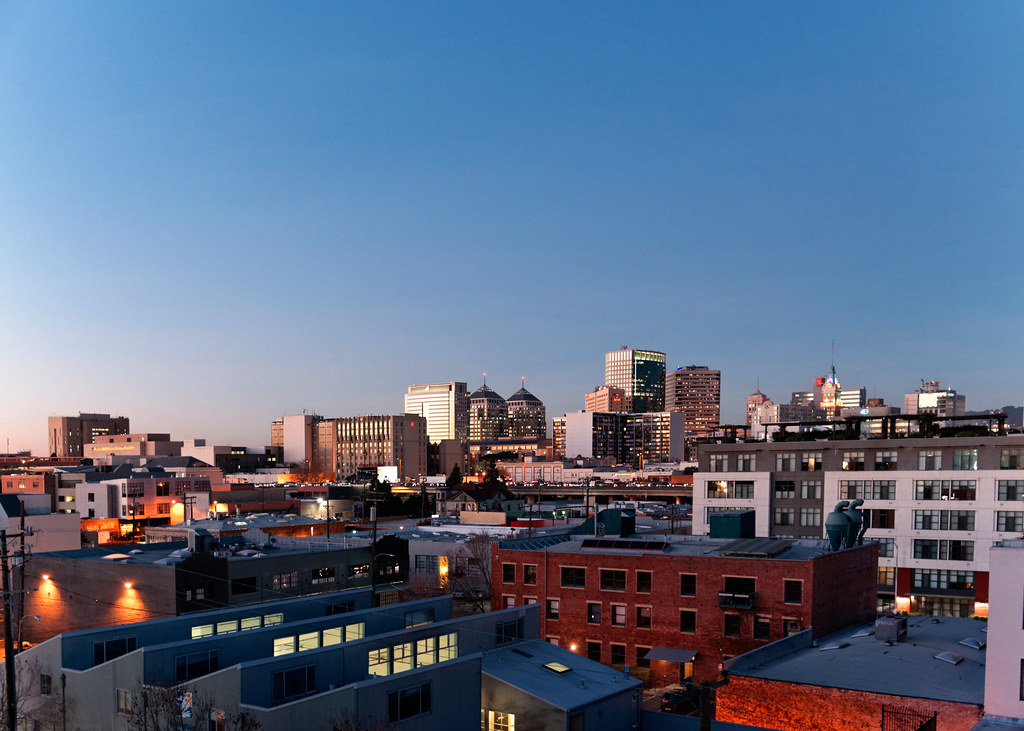 As state policymakers propose zoning reform and other housing policies to help address the state’s 3.5 million unit shortage, residents around California have raised concerns about what new legislation will mean for their communities. While SB50 — proposed legislation to increase allowable density near transit and other areas — seeks to make sure that inclusionary provisions ensure the delivery of affordable units, as well as protect renters from direct displacement via demolition, there is concern from low-income communities that market-rate production in these places may increase indirect, economic displacement pressure on residents in the near term.

Communities that have had traditionally constrained voice in planning processes and are now experiencing displacement pressures have advocated to be designated as “sensitive communities”— places that would receive additional time for community planning to guide potential upzones towards more equitable outcomes.

At the request of stakeholders, the Urban Displacement Project worked this fall on a literature-informed and stakeholder-engaged methodology to identify sensitive communities, with an emphasis on incorporating change-over-time dynamics. Adding a change-over-time component is important because it helps identify not only places that currently have high shares of vulnerable residents, but also where there are some vulnerable residents and growing market-based displacement pressures over recent years. In the process, we consulted equity advocates and academics specializing in the study of housing, displacement, and gentrification, as well as the SB50 author/sponsor team. At this point, we are taking stock to share about some of the key takeaways and methodological challenges in this process along the way, as we reflect on the best way forward.

Reviewing the literature and consulting stakeholders across the state, we explored a methodology for identifying sensitive communities divided into two key components: neighborhoods with a high proportion of residents vulnerable to displacement in the case of rising housing costs, and market-based displacement pressures present in and/or near the community. The process of attempting to identify which census tracts in the state of California merit “sensitive community” designation has been complex, for several reasons:

From an academic point of view, the body of literature on development as a driver for displacement, let alone on the impacts of zoning reform specifically, is limited and conflicting (see Been et al, 2018, Mast, 2019, Zuk and Chapple, 2016, Freemark, 2019). This presents challenges for designing an evidence-based methodology that seeks to mitigate development-driven displacement.

By choosing some places as ‘sensitive’ and leaving others out of this designation, there is a risk of choosing ‘winners’ and ‘losers’ in anti-displacement. Relatedly, we have also heard loud and clear from advocates that “displacement pressures are experienced in neighborhoods, not census tracts.” It will be important for communities to be able to identify their own boundaries for community planning. Given that no top-down method will be able to identify all neighborhoods housing sensitive communities, there is a case to be made for strengthening statewide protections along with zoning reform, for example implementing statewide right of first refusal for tenants to purchase the buildings they live in, or assign rights to a nonprofit to convert those units to permanently affordable housing, when these buildings go up for sale. However, timelines of implementing such protections may not align with upzoning policy implementation, pointing to a need for some interim prioritization.

We sought to add a change-over-time component to understanding sensitivity, for example looking at where rent has already substantially increased recently. At the same time, it is important to not only look retrospectively, but also to identify places that have vulnerable populations and might be on the brink of experiencing displacement pressures. For that reason, in this exercise we have looked at incorporating both leading and lagging indicators: rent gap, a leading indicator because a gap between lower local median rent and higher nearby rents signals to landlords the potential for higher profits from higher-income tenants; and recent rent increases, a lagging indicator of change that has taken place, indicating where rising prices may have already interacted with community vulnerability to create existing displacement pressure.
Identifying historical discrimination, not perpetuating it
It is critical to include racial data to understand the housing market impacts of discrimination in the form of segregation, redlining, and long-term market disinvestment. However, it is also important to not exclude long-term disinvested communities of color from investment. While previous versions of SB50 include language identifying “potentially sensitive communities,” which we worked on mapping together with the Terner Center, the initial proposal focused primarily on metrics of poverty and segregation. Focusing on these dynamics risks prioritizing the ‘protection’ of long-disinvested places that are actually asking for more investment over communities of color that have already seen some displacement pressure.

Communities that have already experienced displacement and demographic change may not be flagged as ‘sensitive’ if we define community vulnerability by median income. While we could look at the median income of households in a tract to try to understand a census tract’s socioeconomic profile, in places with great economic inequality — for example, gentrifying tracts that have many long-term low-income residents and newer high-income residents — the median income approach has limitations. It is important to capture both high-poverty communities with displacement pressures looming and others that have already experienced investment but still have vulnerable ‘holdout’ populations who are probably struggling to stay in their neighborhood.

As we look at sensitivity metrics throughout the state, some of the higher opportunity census tracts in the state (as identified by other mapping exercises designed to inform zoning reform legislation such as mappingopportunityca.org), may also appear as sensitive communities. The finding of this overlap is that there are vulnerable populations within some of these areas of opportunity that are experiencing, or poised to experience, market growth. From a policy perspective, it is important to consider vulnerable populations in these places to ensure that they are able to stay by choice in these neighborhoods of opportunity and reap the benefits of new investment and amenities.

On the one hand, it will be important for any methodology that seeks to identify sensitive communities to use publicly available data so that methodologies will be replicable by local and/or regional governments. On the other hand, American Community Survey data has limitations, particularly in its time lag — most recent data is from 2013-2017 and is unreliable for many communities — that impact the precision of any methodology that uses this data as its foundation.

What happens next in these ‘sensitive communities’ is really what is at stake. As we know from our research in the Bay Area and research from around the country, displacement represents a significant disruption and trauma with lasting impacts for households, and when rising housing prices lead to displacement of the most vulnerable residents, it can lead to re-segregation at the regional scale.

It is thus critical that details  — such as the resources, process, and parameters for both identifying and implementing sensitive communities — be well-defined. This will include determining how sensitive communities are ultimately identified; how updates are made to sensitive community definitions on an ongoing basis; how to include communities that are not well represented by census tract boundaries; and how to take into account local knowledge for local planning processes.

We have been working with stakeholders on mapping exercises to identify sensitive communities, coming up against the constraints detailed above along the way. Moving forward in the new year, we will revisit with stakeholders how to reconcile these constraints with policy needs around zoning reform in order to determine the way to make the best use of a mapping exercise. While it is important to have access to data, a top-down statewide process of selecting sensitive communities may ultimately not be as powerful as neighborhoods applying for sensitive community status, based on how they determine their neighborhood boundaries and how they experience their particular challenges.