Menu
SB 827 2.0: What are the implications for Bay Area communities? 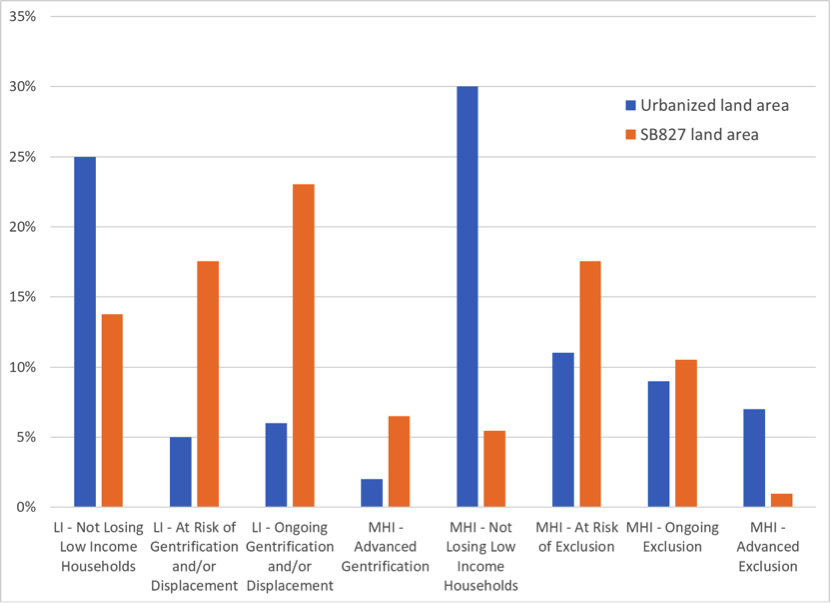 Earlier this year, when Senator Scott Wiener introduced California Senate Bill 827 (SB 827), many people began to ask us at the Urban Displacement Project how the bill would impact low-income communities and communities of color.

Would it increase displacement pressures? Would low-income neighborhoods become more likely to gentrify or gentrify faster? What kinds of neighborhoods would the bill affect? Given the legacy of racialized zoning and land use in the U.S., and the severity of the housing crisis, it seemed that there was reason to be concerned about the implications of the bill for vulnerable communities, and members of such communities voiced these concerns.

During the bill’s lifecycle, we didn’t feel that there was sufficient analysis for us to take a position and therefore did not sign on to the various letters in support or opposition to the bill. Instead, we testified to the California legislature about the need to protect tenants alongside producing more housing.

Even though SB 827 didn’t leave committee, it is still critical to assess the potential impacts of similar legislation since an “SB 827 2.0” is likely on its way. Senator Wiener vowed to bring the bill back and is actively exploring the next iteration with a variety of stakeholders.

With this in mind, we partnered with our colleagues at MapCraft.io to understand the potential implications of SB 827. Using Mapcraft.io’s development feasibility calculators for the Bay Area, we focused on trying to understand what kinds of neighborhoods would have been affected by SB 827, how much new housing capacity would have been added in different types of neighborhoods, and where communities might have expected demolitions pressures on existing units.   We looked at neighborhood type in two ways – our UDP typology for gentrification and displacement, and the Fair Housing Task Force typology for neighborhood resource level.

Our key findings are below. We organize them around “potential harms” and “potential benefits” as we find evidence of both. 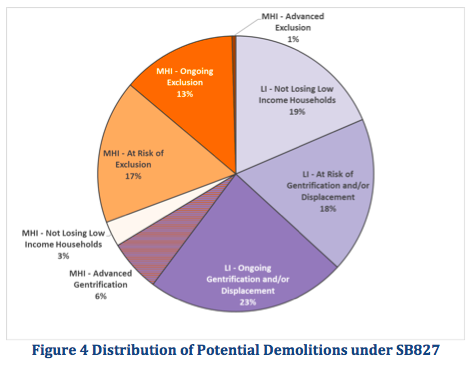 As with most policies, we find that there would be both potential benefits and consequences of a bill like SB 827. We are hopeful that further deliberations and data-driven analysis will help policy makers design a bil

l that can realistically achieve its stated environmental, fair housing, and equity goals.

Read about the detailed analyses and findings in the policy brief: SB 827 2.0: What are the implications for Bay Area communities?