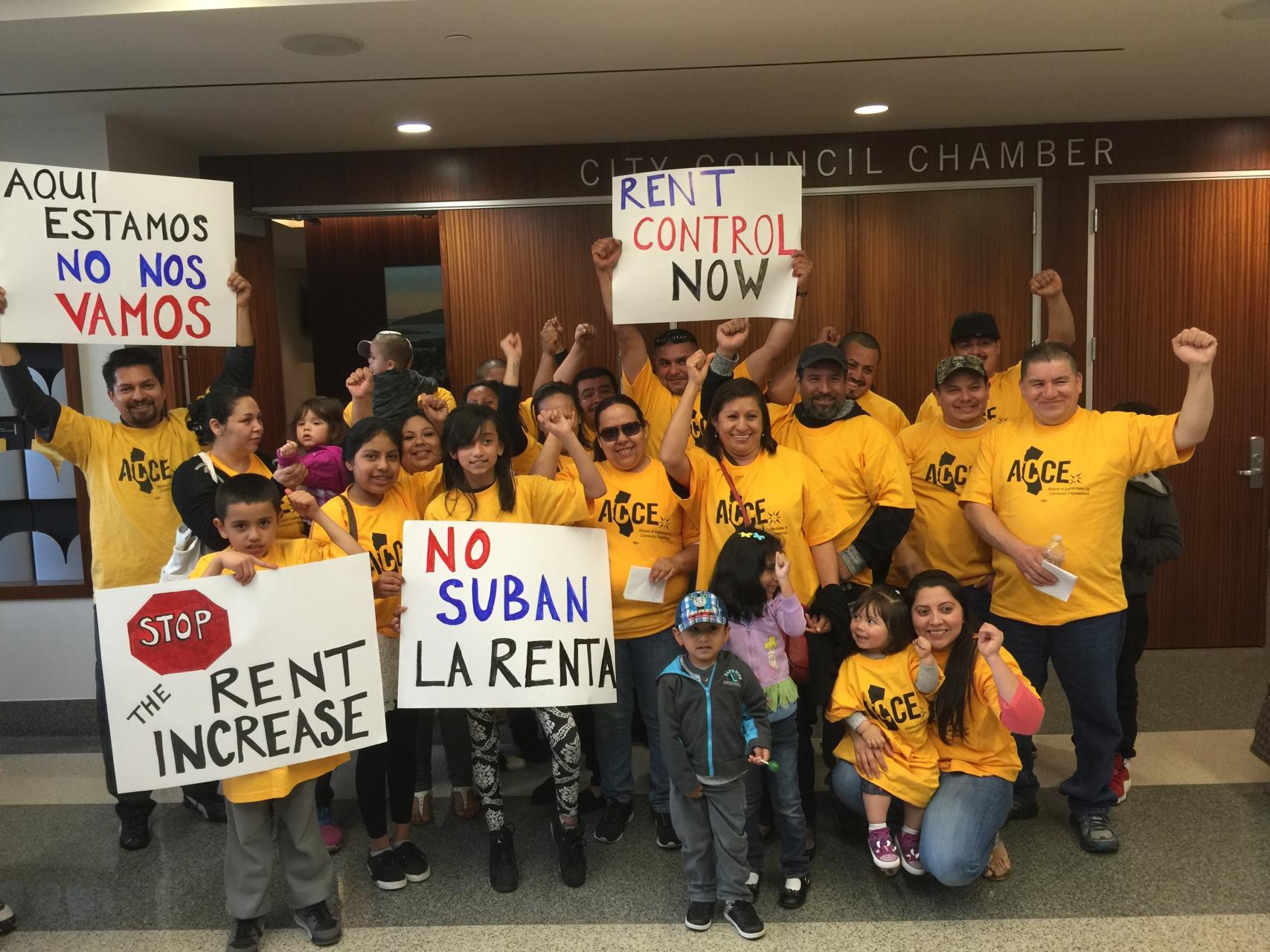 Who ever thought rent control would be making a comeback after over 30 years? Especially in California, a state that essentially ended the ability of jurisdictions to apply strict rent controls with the passage of the Costa Hawkins Act in 1995. But lo and behold, the tides seem to be shifting, with Richmond passing rent control and a just cause evictions ordinance in August, the City of Santa Rosa currently “studying” rent control, and even the city of Lafayette and the county of San Mateo beginning policy debates earlier this spring.  Is this a new tenant revolt?

The reasons that rent control is reemerging are obvious to anyone living and renting in the area; we’ve all heard the countless accounts of skyrocketing rents, tenants getting evicted for no reason, or rents doubled, tripled, and even quadrupled overnight. Combined with low vacancy rates, everyday there are more stories of low income residents being pushed further to the outskirts of the Bay Area and even outside of the region completely. It’s no wonder tenants are starting to organize and fight back.

But is rent control the solution? Some say we need more subsidized housing, others say we need more market rate housing, and still others say we need to increase wages so people can afford rising rental prices. There’s no question that economists still hate price regulations in general and rent control in particular for interfering with the efficiency of the housing market. But is the economists’ feared effects of rent control on stalling housing production true in the land of Costa Hawkins, which prohibits buildings constructed after 1995 to be regulated under rent control? Our data indicates it’s not: When we looked at housing production numbers from 2007 to 2013, the six cities that had rent control in the Bay Area actually produced more housing units per capita than cities without rent control.

Our work on residential displacement in the Bay Area as part of the Urban Displacement Project found that many of the neighborhoods that experienced less displacement than we would have expected had rent control policies in place. Furthermore, a number of academic studies1 have shown that rent control enhances housing stability for low income and less educated households. 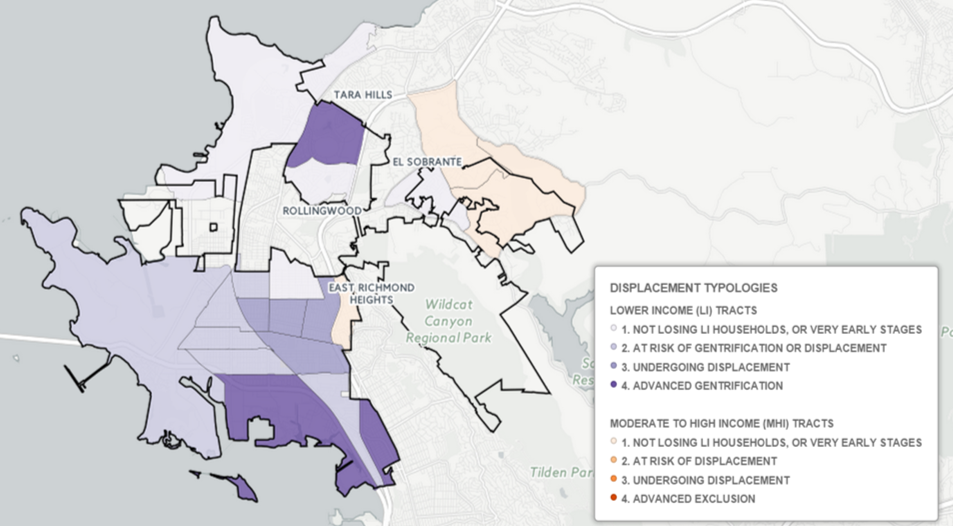 What does this mean for Richmond, the latest city to adopt rent control? When we mapped out gentrification and displacement risks for the Bay Area and zoomed into the city of Richmond, we found that 64% of the population and 72% of low income households lived in neighborhoods that were either at risk of displacement and gentrification, or already undergoing such changes. Neighborhoods at risk of displacement, including the Iron Triangle and downtown, among others, were categorized as such because they were near transit, rent had increased since 2000 well beyond the regional average, and there was a significant stock of pre-war housing (36%), among other factors. Overall, the city of Richmond has already lost approximately 1,000 low income households and nearly 2,000 units that were affordable to low income tenants. More recent data show that vacancy rates are at an all-time low; according to the US Postal Service, the city’s vacancy rate was below 3% in the second quarter of 2015, down from 4.4% 5 years ago. All of these indicators point towards a tightening market that could squeeze out the city’s low income population.

Does this mean rent control is warranted in Richmond? If there’s anything we’ve learned from our two years of studying gentrification and displacement in the Bay Area, it’s that there is no silver bullet to addressing displacement. Only through a multi-pronged approach can Bay Area communities begin to stem the current displacement impact of the housing crisis. While Richmond’s new rent control policies will be key to help existing low income households stay in their communities, the future affordability of the city will require a suite of production, preservation and asset building strategies.

1 Freeman and Braconi, “Gentrification and Displacement New York City in the 1990s”; Vigdor, “Does Gentrification Harm the Poor?”; Ellen, and O’Flaherty, “Chapter 4. How New York and Los Angeles Housing Policies Are Different–and Maybe Why.”